Vancouver Police are asking for the public’s help in their investigation into the disappearance of David Sullivan, who has now been missing for about three months.

“We continue to look for Mr. Sullivan and are very concerned for his health and well-being,” says Sergeant Aaron Roed, VPD. “We are asking the public for help in locating him.”

Mr. Sullivan, 61, has dementia and diabetes. He was last seen on June 27, when he was captured on surveillance video walking in the area of Gore Street and Alexander Street. 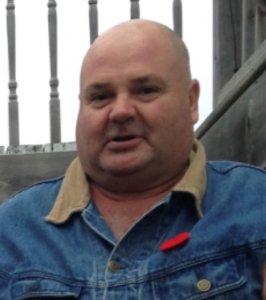 Mr. Sullivan is bald and has a round face. He stands between 5’10” and 6’ tall, and has a heavy build. He was last seen wearing a red and white checkered shirt and brown pants, and carrying a blue gym bag. He is known to wear a tag around his neck with his address on it.

The VPD’s Missing Persons Unit has been actively investigating Mr. Sullivan’s disappearance since he was reported missing on July 1. Anyone who sees Mr. Sullivan should call 9-1-1 and remain with him until help arrives.