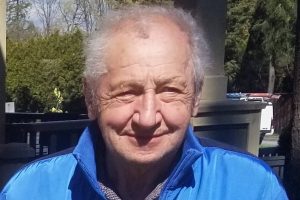 Surrey RCMP is asking for helping in finding a missing 70-year-old man.

He has not been seen or heard from since.

He was last seen wearing a blue jacket, blue jeans, cream coloured shoes and a grey knit toque with a black stripe around the middle.

Police and family are concerned for his health and well-being.